Get Jiro! Blood and Sushi (Hardcover) 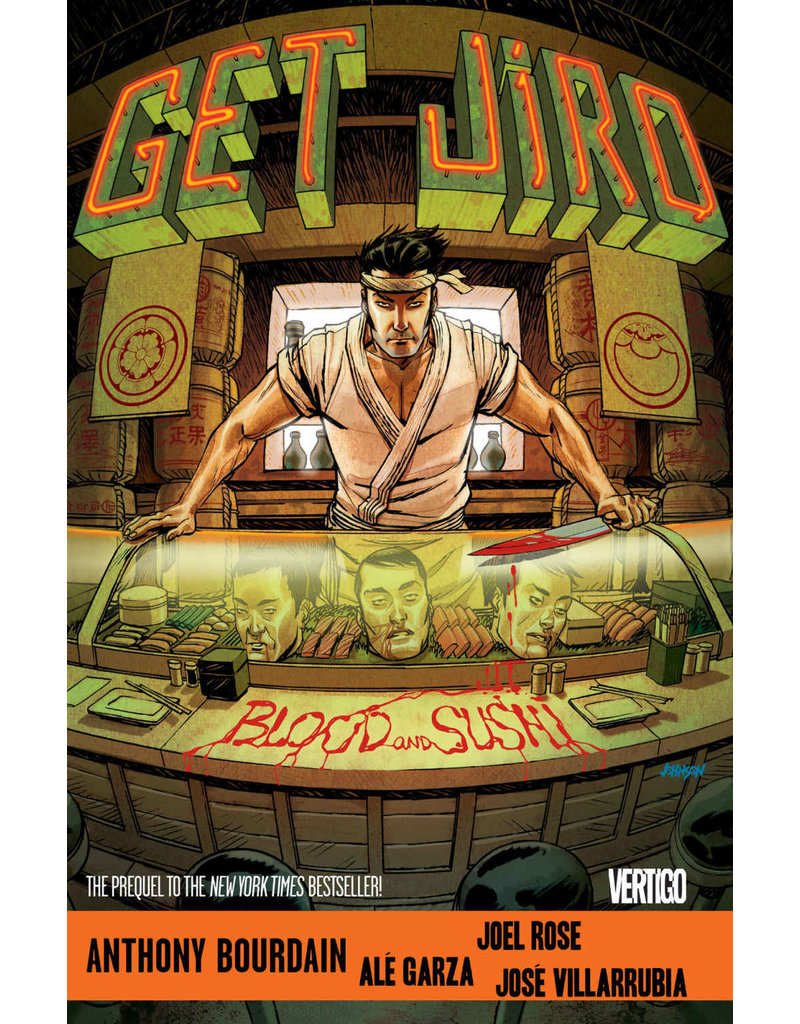 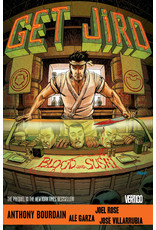 Acclaimed chef, writer and television personality, Anthony Bourdain, and Joel Rose (Kill The Poor) return for the follow-up to their #1 New York Times bestseller GET JIRO!

In a prequel to The New York Times best-selling comic from renowned chef Anthony Bourdain (CNN’s Parts Unknown), Jiro is a young man learning his craft. The son of one of Tokyo’s most powerful gangsters, he is torn between his father’s plans for him and his own desire to master the art of sushi. The family is making a bold move in the Tokyo underworld, and if Jiro isn’t going to get with the program, his half-brother Ichigo is more than happy to step in and do the dirty work.

This bloody take on a classic crime and revenge tale adds an irreverent sense of humor and a futuristic vision of foodie culture, all with a flavor only Anthony Bourdain can cook up. Co-written by Joel Rose (The Blackest Bird) with art by Alé Garza (Titans/Young Justice: Graduation Day) and José Villarrubia (Promethea, BATMAN: YEAR 100).