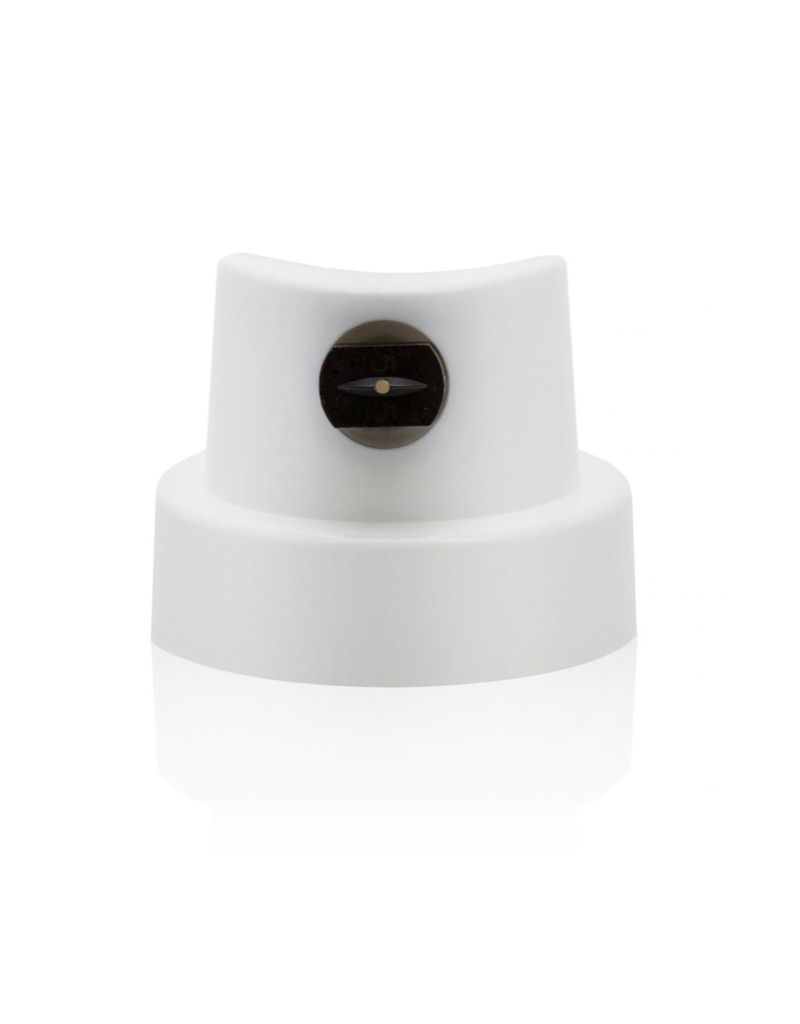 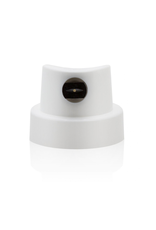 The Calligraphy Cap is a Effect Cap for a average spray width from ca. 1,5-8cm (0.5“ to 3“). The special nozzle results in a calligraphy line. Suitable for for filling in, but very drippy.
The spray width changes with the used distance to the object. For skinnier lines, spray from a closer distance. For fatter lines, spray from a further distance.

The Calligraphy Cap is a modern version of the standard verticle/horizontal chissel caps traditionally found on male valve cans. As a clear departure from the common round spray mark used on most graffiti art, urban art and street art works, the adjustable dot in the cap can be turned to change the rectangular spray mark from a vertical output, to horizontal output. The CALLIGRAPHY CAP gets its name due to the marks that it makes appearing similar to that of a calligraphy markers or brushes (but with aerosol paint). With an average spray width of 1.5cm to 8cm, the CALLIGRAPHY CAP is suitable for aerosol calligraphy, filling in, tagging, for those looking for a variation in mark to the traditional round cap and as an excellent standard cap for EFFECT and TECH cans. Fitting on all female valve cans like Montana GOLD, Montana BLACK and Montana WHITE, the CALLIGRAPHY CAP emity paint in an easy to control even manner. Ideal for object painting. The spray width changes subject to the distance it is used from the object being coated. For skinnier lines, spray from a closer distance. For wider lines, spray from a further distance.